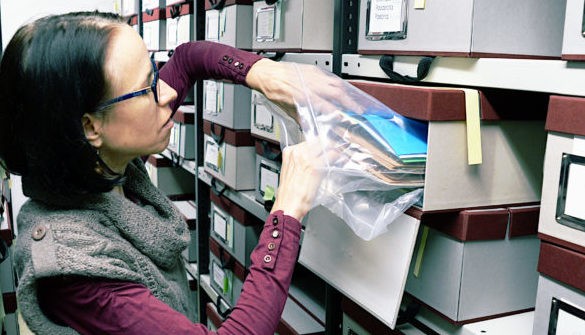 The presence of Hystrix cristata in the province of South Tyrol was documented by two independent records of quills found at two different locations. While further official confirmations beyond single quill records are required to confirm the occurrence of permanent populations, these findings already provide important information to increase the attention on this protected species and to understand its range expansion mechanisms. H. cristata is known to currently spread northwards in Italy and the records reported here represent the northernmost distribution record in Europe, suggesting a potential expansion within the Alpine area and adjacent countries.

Attalus minimus is here reported with three independent findings for South Tyrol after the last record in 1911. This rediscovery was possible thanks to sightings reported by three different observers on the social media and citizen science platform iNaturalist.org.

Climate change will fundamentally affect the vegetation in high elevations. Via long term monitoring programs, substantial information can be obtained about the ongoing dynamics. The aim of the present study was to analyze diversity changes at four summits of the GLORIA target region Texelgruppe – Gruppo di Tessa (South Tyrol, Northern Italy) from 2003 to 2017. Knowing that new colonization mainly occurs on the eastern and southern aspects of the Alpine summits, we compared the summit vegetation to the plant communities along the southern slopes of each summit from the treeline upward. We expected to gain information on potential migrators approaching the summits. We asked if cryophilic species disappear on the summits and if thermophilic species approach the summit area. With exception of the highest summit, an increase in species numbers throughout the years occurred. The newcomers at the lower summits were predominantly thermophilic species. Here, invasion of thermophilic species might limit cryophilic species in the near future. This process will be intensified due to increasing abundance of dwarf shrubs and trees. At the higher summits, where cryophilic species are still dominant, we assume that this species group will prevail on the long term.

In September 2019, thousands of colonies of the freshwater bryozoan Cristatella mucedo Cuvier, 1798 (Phylactolaemata: Cristatellidae) were discovered during dives in the Large and Small Lake of Monticolo / Montiggl (Province of Bolzano / Bozen, Italy) between 3 and 5 m of depth. They were attached on large stones and submerged branches. The colonies ranged from about 1 cm to over 10 cm in length. Within the framework of a study carried out in the years 2019 – 2020 in the two lakes aiming at documenting the colonies, also free statoblasts (spinoblasts), resistant dormant stages with diameters between 700 and 750 μm, were found. This is the first confirmed record of C. mucedo in South Tyrol.

The zooplankton of the Lakes of Monticolo/Montiggl from 1979 – 2015 (Überetsch, South Tyrol) Results of a zooplanktonic rotifer and crustacean monitoring carried out from 1979 to 2015 on two medium altitude lakes located near Bolzano (Italy) are presented. The two adjacent lakes, affected by high natural pollution and rapidly increasing anthropogenic stress, underwent rapid eutrophication requiring restoration since the seventies. Zooplankton species diversity and composition were similar for the two lakes, with the same rotifer species dominating, Filinia terminalis, Keratella cochlearis and Polyarthra dolichoptera, but with Keratella cochlearis as the most frequent species in the Large Lake of Monticolo/Montiggl and Filinia terminalis in the Small Lake of Monticolo/Montiggl. The prevailing cladocerans were small forms (Bosmina spp. and Ceriodaphnia spp.) for both lakes. Among the copepods the calanoid species Eudiaptomus gracilis predominated, while cyclopoid copepods only played a role in the Large Lake. In both lakes the withdrawal of nutrient-rich deep water, a restoration measure, caused a sharp decrease in the rotifer densities during the first years of the study and remained more or less constant afterwards. The density of the copepods decreased slightly from 1979 to 2015 in the Large Lake, while no significant long-term changes were observed for cladocerans. The zooplankton-based trophic evaluation yielded a mesotrophic state with tendency to eutrophy for both lakes. When comparing the zooplankton of the two lakes, differences emerged in the quantitative occurrence of individual species, mainly due to differences in morphometry and catchment area. 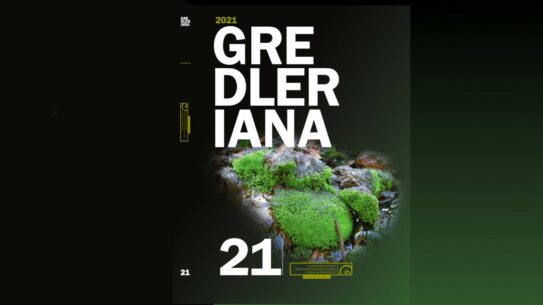 First finding of Bicolorana bicolor (Philippi, 1830) and Euchorthippus declivus (Brisout de Barneville, 1848), new to the orthoptera fauna of South Tyrol (Insecta). In the framework of the ongoing project Biodiversity Monitoring South Tyrol findings of two orthopteran species hitherto unknown to the fauna of South Tyrol were made: both, Bicolorana bicolor and Euchorthippus declivus were found in summer and autumn 2021 in the surroundings of Altrei/Anterivo in the south of South Tyrol. The distribution of the species is shortly discussed and a suggestion for their red-list status is given. Due to their small range of distribution both should be treated as VU (Vulnerable).

Insect communities (Insecta: Coleoptera, Heteroptera, Auchenorrhyncha) in windthrow areas at Mt. Latemar (Italy, South Tyrol). The storm “Vaia” caused large-scale windthrow in various parts of South Tyrol in October 2018. One of the most heavily affected areas was a montane and sub-alpine spruce stand known as “Latemarwald” in the vicinity of Lake Carezza/Karer See. Two years later, in the summer of 2020, the beetle, true bug and true hopper fauna was recorded in three habitat types: unaffected high forest stands, uncleared and cleared windthrow areas. Five sites of each habitat type were investigated with different methods, resulting in a total of 15 sampling sites. The aim of this survey was to compare the species composition of the three habitat types. The results should form the basis for further succession monitoring of the young windthrow areas. One hundred thirty-six beetle, 29 true bug and 24 true hopper taxa were recorded. Three beetle and one true bug species are first records for the fauna of South Tyrol. Only few endangered species were identified in each group. Both species numbers and abundance showed no significant difference in the high forest stands and the adjacent windthrow areas for all insect groups investigated. However, the overall species numbers were higher in windthrow areas, especially in uncleared sites from which both, the highest and the lowest species numbers, were recorded. A slightly but not significantly higher number of saproxylic beetle species, especially fresh wood dwellers, was recorded in uncleared sites. The proportion of open land species of true bugs and true hoppers and the number of ecological guilds increased in windthrow areas, the latter showing differences between the uncleared and cleared sites. In agreement with existing literature, we understand this as evidence that partial and mosaic-like clearance of windthrow areas is beneficial to biodiversity.